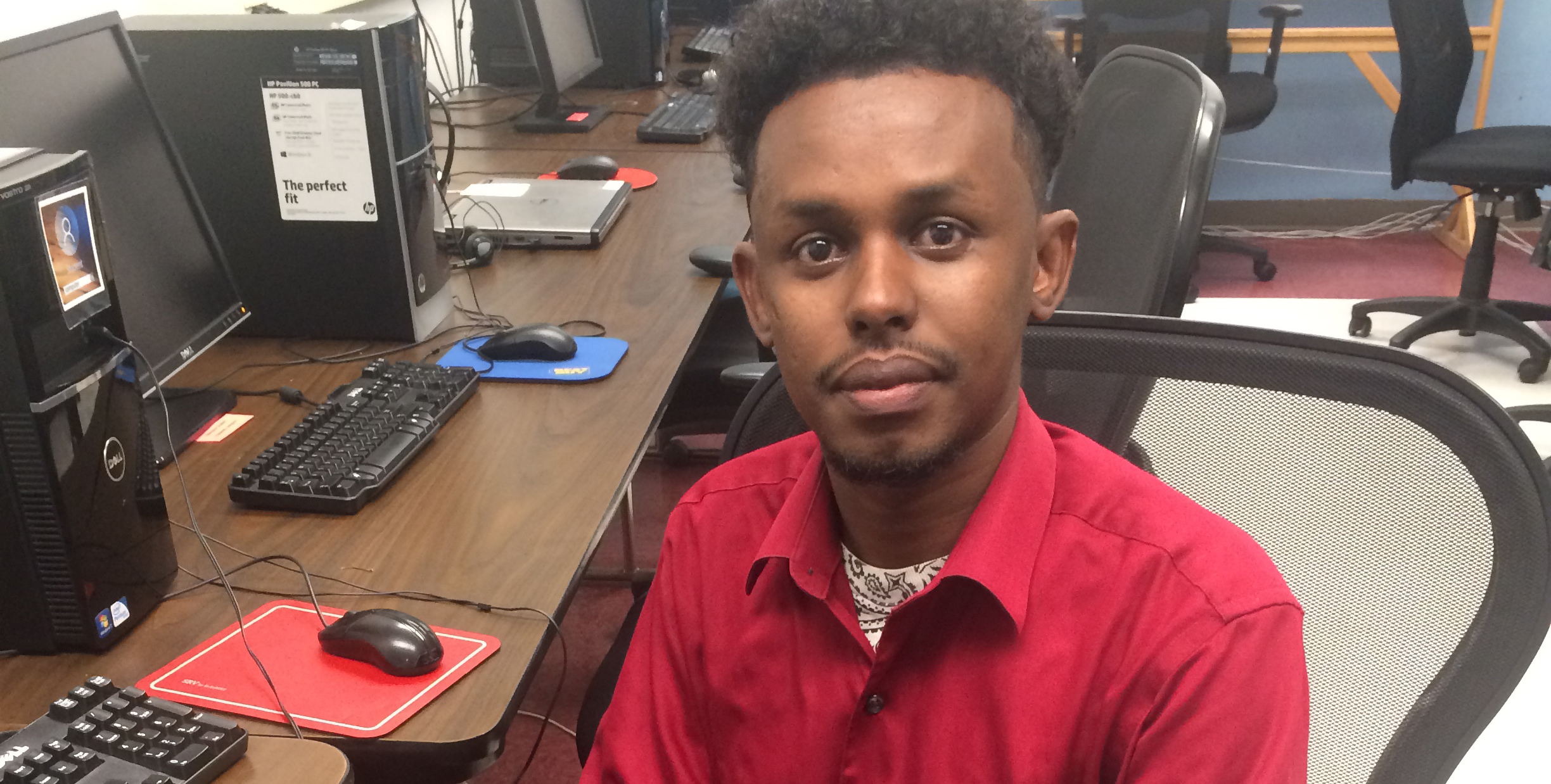 As a child growing up in Somalia, Ferhan says he was “an ordinary kid,” going to school and doing “regular things.” Then, when he was just 15 years old, his life changed forever. “My school was attacked [during the war]. I was injured. This changed my perspective on life. My priority became my health. And I’ve been working toward getting treatment ever since.”

“My school was attacked [during the war]. I was injured. This changed my perspective on life.”

Ferhan’s pursuit of treatment for his injury, which put him in a wheelchair, led him to Ethiopia, Kenya, and finally the United States. In Minnesota, he’s found more opportunities and better hospitals, including the Mayo Clinic in Rochester. Still, no doctor has yet been able to help him regain the use of his legs. Shell casings from bullets remain lodged in his spine, too close to his spinal cord to risk removal.

Despite medical setbacks, Ferhan remains hopeful that he will one day walk again. Mentally, he’s in a good place. He notes, “Life hits you in unpredictable ways, and you just have to deal with it. Some people go crazy when these things happen. They don’t know where to start. I’m fortunate I have an idea on how to get the help I need.” He’s grateful to be in the United States where it’s safer and easier to get help with housing, food, etc. “In Somalia, you always live on the edge. Anything can happen at any moment, and people will be running for their lives. The government doesn’t help, and it’s every person for themselves.”

Ferhan’s also happy to be learning at the English Learning Center. He sees education as the first thing he needs to achieve his goals, which include becoming a U.S. citizen. Since starting school two years ago, Ferhan has become much more confident using English. His little sister is in high school, and he practices his English with her and other teens around the neighborhood. He watches movies, talks to his doctor, surfs the internet, and buys groceries—all in English!

“I like school because whenever I have any question, the school has an answer. If class is too easy, they help me get in the right class.”

Ferhan wants to build on the educational foundation he’s gaining at the ELC. One day, he hopes go to college and become a social worker or advocate for people with disabilities. “People with disabilities can do many things, but navigating systems and knowing how to access help can be difficult.”

Ferhan’s fortunate that his mother has guided and believed in him through everything. Now he wants to do the same for others, sharing the same message that he learned himself: You don’t have to accept the limitations that others place on you. Only you define what you can and cannot do!