Home for the Holidays

When Clint arrived at Our Saviour’s Housing, two years ago this December, he had one goal. To see his daughters again. Because—as is often the case—when Clint lost his home, he lost a lot more than a roof overhead. He lost his family.

It started with a failed construction business. What seems like a lifetime ago, Clint ran his own construction company in California. Then the recession came. His industry was one of the hardest hit, and he was soon shutting his doors.

Struggling to make ends meet, Clint eventually turned to using and dealing drugs as a way to cope and provide for his wife and two daughters. He doesn’t say it was right, but it seemed like the only way to survive at the time. And he paid the price. In September of 2011, shortly before Clint came to Minnesota, his wife moved across the country to Georgia, taking their 13 and 15-year-old girls with her.

Once in Minnesota, Clint became homeless, couch hopping and cycling in and out of shelters. Through it all, he never stopped communicating with his daughters. But not being able to see them, to hold them in his arms, was crushing. “I didn’t know what to do without them. I have always been really close to my daughters.”

After their separation, Clint spent nearly every moment working to get back to his girls, and OSH was there to help him do it. But the road forward is rarely straight. And sometimes, the biggest difficulty can be accepting the support that’s offered. Such was the case for Clint. “I didn’t take it seriously at first. I was blind as a bat.” So, after eight months in stable housing, Clint relapsed into old habits and lost his apartment.

But Clint’s determination to reconnect with his daughters remained. He was not about to give up, and neither was OSH. One month later, after many conversations with staff, Clint moved into a new apartment. He remains there today.

Clint learned a lot from this experience: “[This relapse] was embarrassing for me. I have a lot of pride and dignity. [But OSH staff are] all genuine, and they proved it to me. It’s rare that somebody cares so much. If you want your life to be better, you have to accept the help. The support was even more important than the basic need of getting my apartment.”

After achieving this milestone, Clint set his mind to smaller goals, leading up to his main one. The first of these was learning to care for himself.

“I learned that you have to love yourself before you can love others. Nothing’s going to be any better if I don’t take care of myself as much as [I take care of] my daughters.” 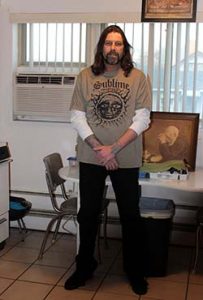 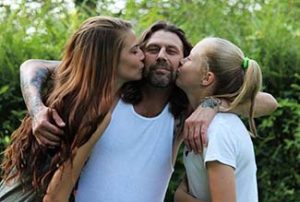 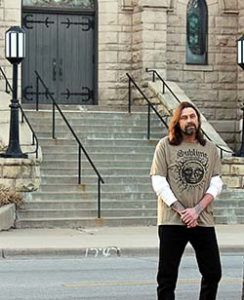 From there, Client found steady employment in construction and focused on budgeting and paying off bills.

Last December, one year after arriving at OSH, Clint finally achieved his ultimate goal. He brought his daughters to visit, just in time for Christmas. (They also enjoyed their first glimpse of snow!) You can hear the joy as Clint explains, “This is our reunion, and it is unbelievably important to my stability. My girls see it. I’m doing the right thing, and I’m happy when they’re around.”

Today, Clint remains steadfast in his goals, both small and large. His daughters returned to Minnesota for a summer visit this year, and he’s looking forward to having them back again for Christmas. “My girls are overjoyed,” he says. And so is Clint, as he busily prepares his apartment for their arrival.

If home is where the heart is, Clint will truly be home for the holidays.